Raising Canes is known for its One Love – chicken fingers – and finds success in its focus on customers, quality and their employees. Raising Cane’s curated an experience for their partners to announce their 5 year strategy.

Raising Cane’s needed an engaging way to present a retrospective of their twenty years of history. They wanted to thank the employees, suppliers, owners, and moments that got them where they are today. Bringing in hundreds of these partners for a 3-day summit to their headquarters in Dallas, they wanted to curate a wonderful experience for the attendee while delivering an important vision for the future.

Working with the leadership team at Raising Cane’s, we created the structure for the general session presentation that publicly revealed the audacious company goals for the next 5 years. The flow of the experience featured props, a dog on stage, 2 different engaging films, the original business plan in a suitcase, and a series of engaging speakers. To accompany the general session flow, we created a series of videos that were used throughout the conference: a hype video that teased the conference prior to the show, an introductory film, and the highly-anticipated Cane’s 20 videos. Working closely with each member of the executive team, we coached the presenters while the production team designed their keynotes. Working as close partners, rather than just a design team, we were able to ensure that each executive went on stage and felt confident presenting the vision of the company.

An ambitious 5 year plan, presented to an excited group of stakeholders. 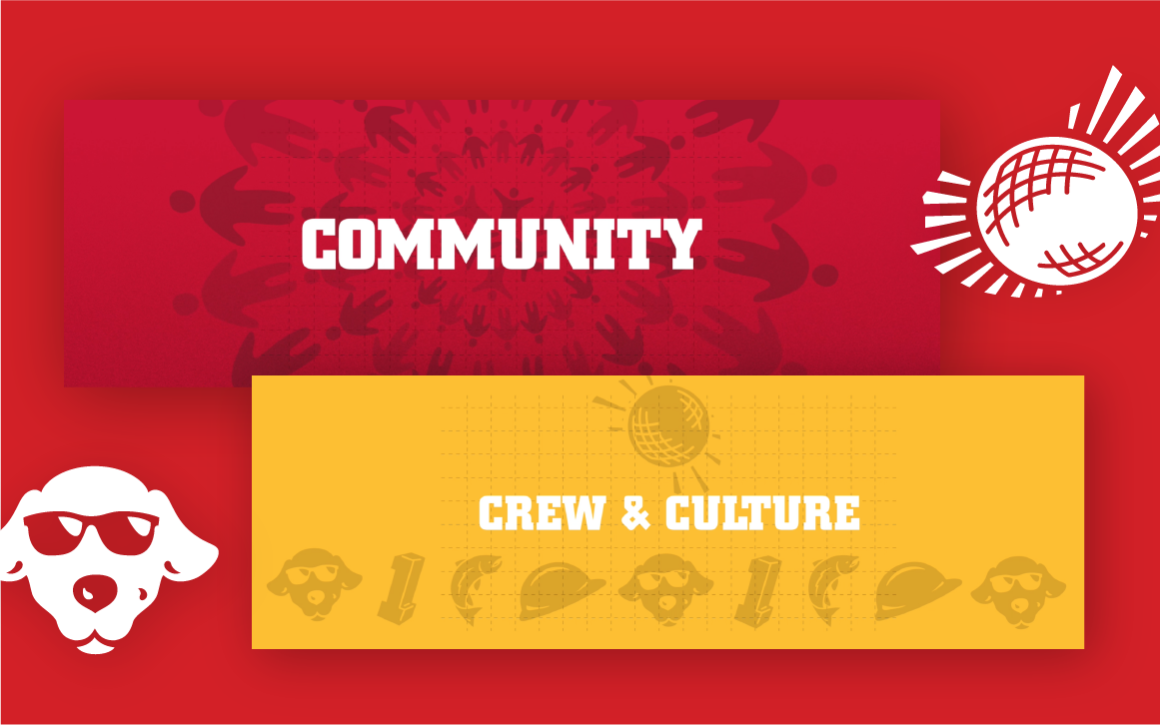 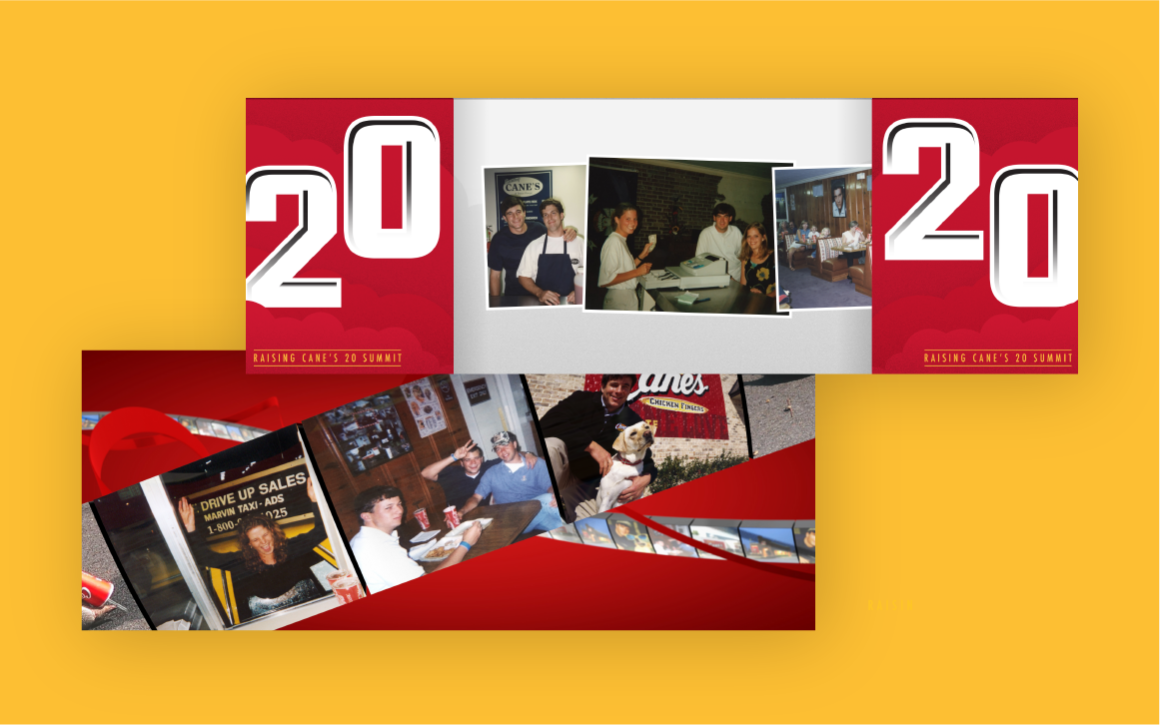 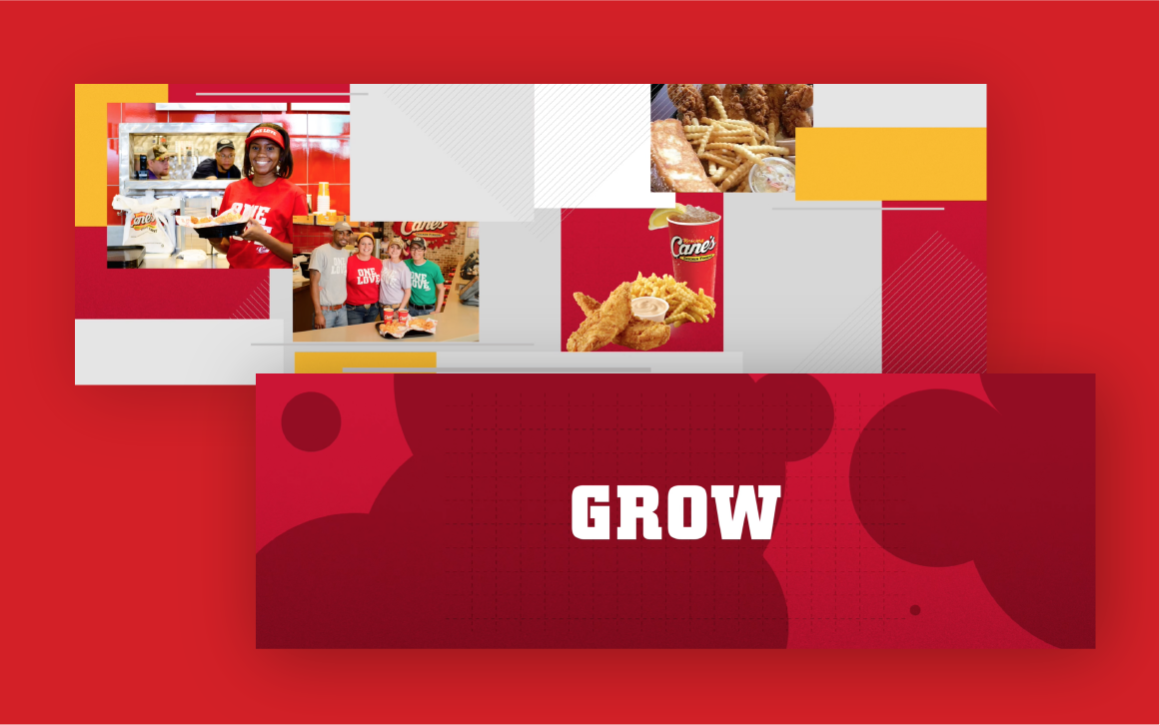 A unique story needed a unique flow. We developed a general session agenda that was split into two major sections – the history of the company, and the vision of the company. We began the show with a film introducing the conference. On stage during the beginning half of the show was a suitcase. The suitcase was revealed to hold the original business plan, and as the founder Todd Graves told the story – he opened the suitcase. When we transitioned to the future portion of the show – we featured a futuristic looking briefcase that held the plan for the next 5 years. 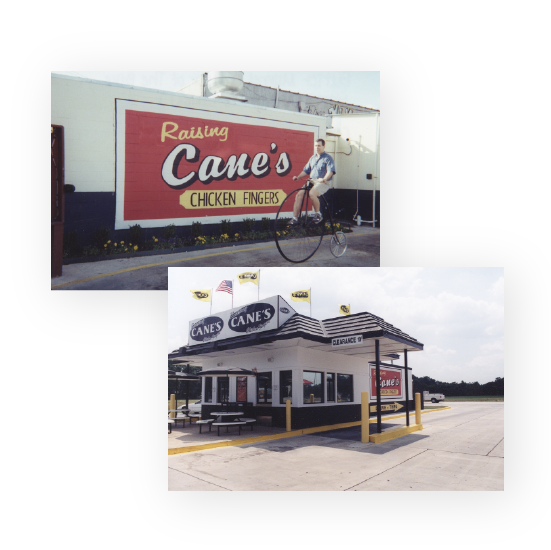 For this presentation – each presenter had a designer developing their talk alongside an 2D animator who was working to bring their illustrations to life. We worked with the presenters to determine what slides need simple messages, and what were more complex subjects that animation could help tell the story. 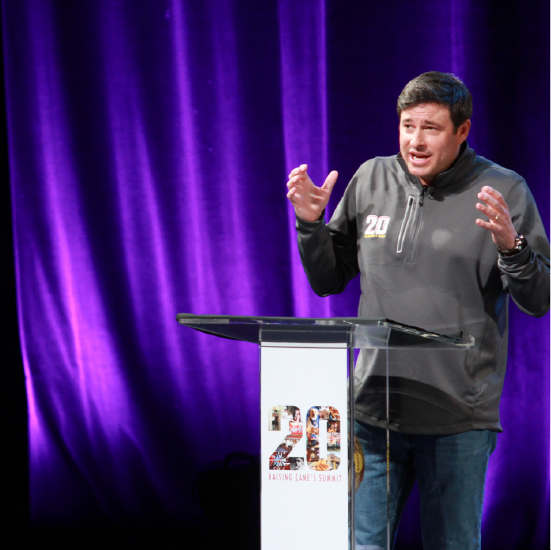 We supplied the conference with support staff to ensure that that show was ran efficiently and that presenters had access to coaching and design resources prior to the general session. 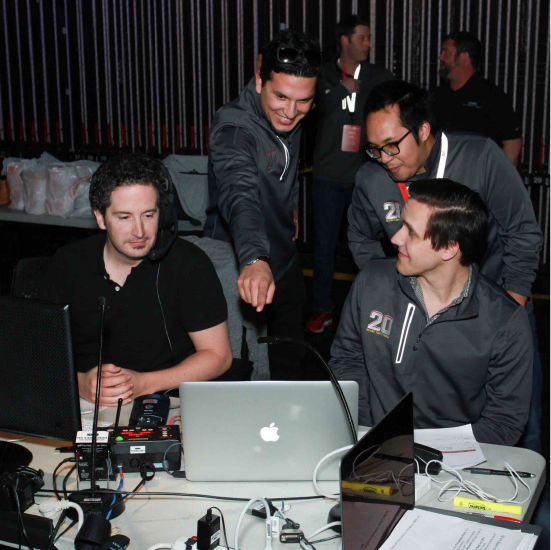 Ready to make an impact?