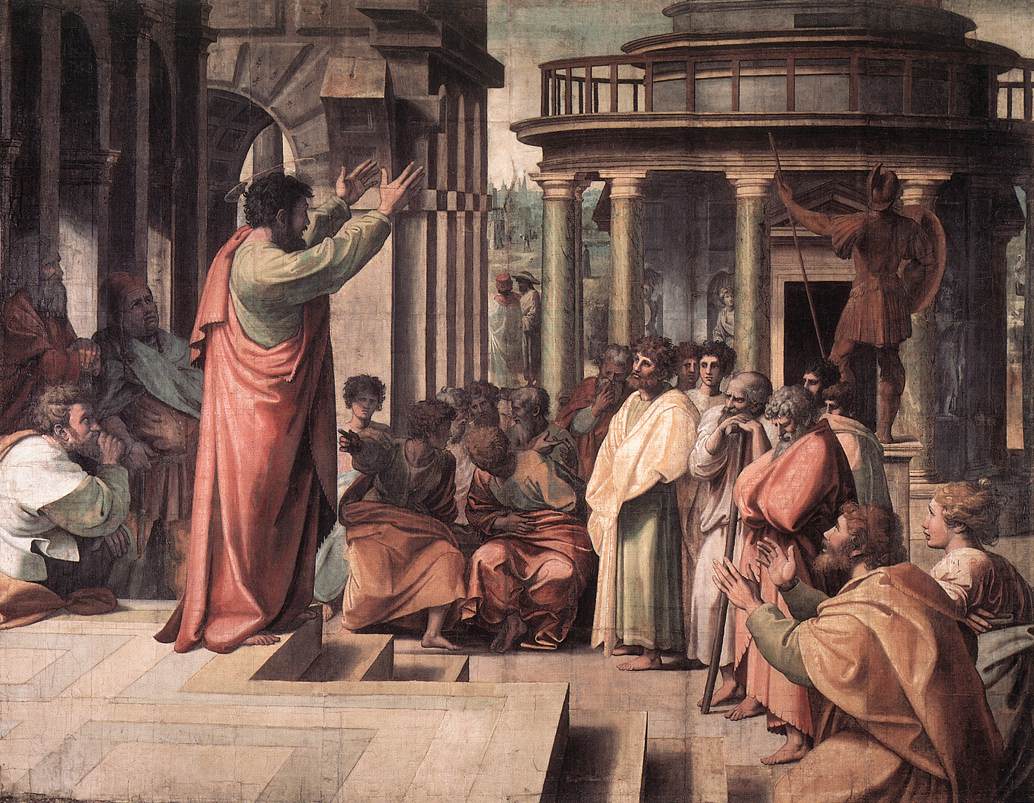 Well, apart from the aqueduct, the roads and the sanitation, John Cleese and his fellow conspirators in Monty Python’s “The Life of Brian” forgot to mention just one more vital little thing.

The Romans and the Greeks gifted us with our public speaking techniques.

Those techniques are still in use today. Although seldom recognized, they remain the blueprint against which media messages, films and all great presentations are constructed. They make us into stronger deliverers of our own information and savvier consumers of other people’s.

Roman rhetoric started by establishing a rigid structure from within which the presenter could work. This structure would start with an initial framing of terms before moving into separate phases of argument, evidence and a final logical conclusion.

Those pieces of evidence would be marshaled as if for battle. The Roman called this ordering “Dispositio.” It’s from Dispositio that we get our own military word “Disposition,” meaning the arrangement of troops on a battlefield.

As we head into the Presidential election season and the debates, it will be interesting to watch Mitt Romney and President Obama marshaling the forces of Dispositio, each seeking to establish the upper hand on the debate battlefield. In particular, it will be fascinating to watch the struggle between them to define the frames of reference from which questions are answered. The ability to frame a question is often more important than the ability to frame the answer. It’s a Roman technique in which any good courtroom layer is highly trained. We may derive the saying “You’ve been framed” to describe when someone finds themselves hopelessly set-up.
Once the Romans had the structure and framing in place, they would focus on choosing the most appropriate words and patterns of words. They believed that like great buildings, great speeches should be suitably ornamented to make them attractive. They taught metaphor and simile and hundreds of the more elaborate techniques still used by professional speechwriters, such as epistrophe, anaphora, and epanalepsis.

Repetition techniques were a major part of the arsenal and would be used to add drive and poetry. Great modern speakers from Winston Churchill to Steve Jobs have all been masters of the art of repetition. Even movie characters have been known to deploy them.

“Fear leads to anger. Anger leads to hate. Hate leads to suffering. And that way lies the dark side, young Skywalker”
The words of Yoda and that repeating pattern of last word to first word “…..anger. Anger…” “……hate. Hate…..” would have been instantly recognized by any Roman presenter as the ornamentation technique of anadiplosis.

Ornamentation didn’t just make things look pretty, however. Its techniques also extended deep into the foundations of the speech. They would be deployed in a form known as “the hidden dart,” a technique that lodges a message deep into the mind of the listener. This is the technique of the “adversary,” and the Roman master Quintilian used a delicious culinary metaphor to describe it. He spoke about how when making a sweet dish, the addition of lemon juice will make the sweetness come through all the more. (The opposite works as well. Try adding a hint of powdered sugar to a grapefruit salad. The flavor of the grapefruit will suddenly pop like a jelly-bean sour!)

It makes it easier if you think of this technique as being about defining what you support by blending in a little of what you are against.
Walt Disney was a master of the technique. Think of Snow White. She was sweet, she whistled while she worked and she was kind to the vertically challenged.

Now try to remember anything that she actually said during the movie, and you’ll find that you can’t! The character of Snow White was actually insipid. Imagine being trapped in a lift with her whistling! After two hours, you’d be the one eating the poisoned apple.
Who had all the memorable lines in the film “Snow White?” It was the Wicked Queen: “Mirror, mirror on the wall,” etc., etc.
It was the anti-hero, the Wicked Queen, who actually made the otherwise bland character of Snow White appear so appealing. It’s another Roman technique that is still with us today and used in movies, marketing and especially politics.

The ability to speak in public was seen during the Roman period as being one of the ultimate skills an individual could possess. The Romans perceived the twin abilities of logic and language as the two defining characteristics that made humanity special. When we spoke in public, the Romans believed we were expressing our highest art.

The foundations and structures that the Romans left for us are still on hand. The toolbox is there, and the tools are as sharp and as shiny as the day they were forged. We can use them, if we choose, and we choose to use them whenever we stand and speak.

If we choose to stand and to speak.

Peter Watts is an international blogger and trainer who works with presenters at all stages of their careers.

He works extensively across America, Europe, the Middle East, and Africa. His travels have taught him that wherever you go, audiences and speakers are fundamentally alike. In all cultures, the most valuable thing you can do for yourself, your career and the vitality and health of the society around you, is to find your voice, and to find the confidence to use it.

Helping people to find that voice is Peter’s passion.