Our Casual Friday posts are meant to give you a look into the mind, thought process and likes of the people who make up Big Fish. We may talk about the things we like, don’t like, hate, so on and so forth, and then explain it… Or not explain it. It’s always kind of up in the air. The whole point is for you to get to know us a little better and add some faces and personalities to Big Fish. This week we have one of our designers, Brandon, talking about why he will not stop watching Guardians of the Galaxy. 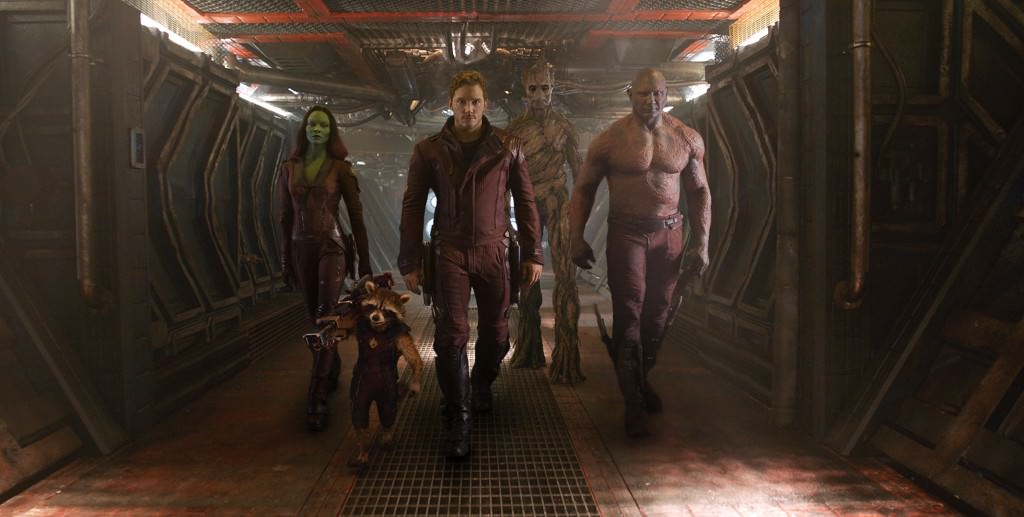 I saw Guardians of the Galaxy last week. Then I saw it again… And again.

So yeah, it was good.

To say that I’m a huge Guardians fan, spending all my time collecting every comic and piece of memorabilia, would be a lie. Up until the first wave of teasers for the film, I had no idea they ever existed. I grew up with the more traditional Marvel characters like Spiderman, The Hulk, or the X-Men. To be honest, I wasn’t even that excited for this movie.

Sure, it had explosions, actors/actresses I enjoyed, and a talking raccoon named Rocket with a best friend who is a tree. These are all awesome things, but I just didn’t connect with the images displayed; I had no history with these events or characters; and I didn’t grow up with them. I may sound cynical, but my tune quickly changed after leaving the theater that night.

Guardians of the Galaxy did something that a superhero movie hasn’t made me do in a very long time; laugh. Really laugh. As someone who doesn’t go to movie theaters for big releases, this movie left me feeling unusually happy. For someone who is typically stone faced and analytical when seeing movies (especially action movies), this was a more than welcome change of pace.

It struck a lot of chords that other Marvel movies have not with me. It was genuinely funny, witty, and sharp with it’s writing. It didn’t take itself too seriously, and it didn’t want the audience to either. Even the score pushed the lighthearted tone of the movie. As someone who grew up hearing the majority of these songs on a regular basis, it all just clicked.

Visually, Guardians of the Galaxy was stunning. I used to dream about animating in movies, so I was in awe the entire 122 minutes. So much detail and care was put into each character, set piece and every bit of scenery. It was the type of experience you wish you could just pause and slow down in certain scenes to examine every little piece of it. You know someone did a good job when you feel emotional about a humanoid tree named Groot. The nuances in his facial animations key up some of the films funniest moments, almost effortlessly.

Seeing Guardians of the Galaxy for a second time made one thing really clear, it was a significantly more successful movie than The Avengers was. For me, The Avengers was what I thought the perfect superhero movie was supposed to be. However, I still left moderately satisfied and a little confused.

I had seen all of the characters before and I was familiar with them and their whole… thing. Seeing The Hulk rip an aliens head off for the twentieth time just didn’t have the same impact on me as a raccoon shooting bad guys while riding a living tree. Maybe that’s the reason: The characters I had grown up were not “fresh” anymore to me. The Avengers had a “been there, done that” feel to it, no matter how pretty or accurate to the source it was.

Guardians of the Galaxy brought something fresh and different to the table. It didn’t flash a bunch of fancy lights in your face, wave its hands and slip the money out from your pocket without you noticing (I’m looking at you, Michael Bay). Not many movies stand up to being viewed multiple times, but Guardians of the Galaxy is one that I could see a hundred more times and still be smiling ear to ear afterwards.