Preorder our new book, “The Big Fish Experience” to see everything we’ve learned over the years, all the resources we use to do what we do, and our tips on how to present experiences. 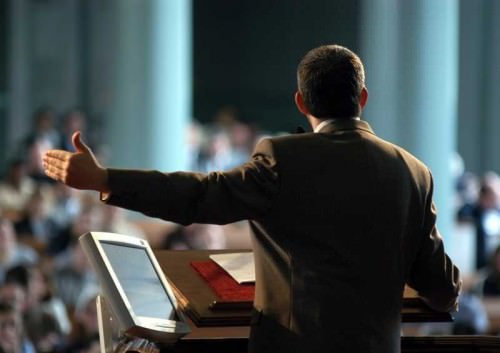 A speech can be a powerful tool for many reasons. In many cases, speeches are simply used as a way of telling a story or to deliver a message. In this sense, if the speaker isn’t careful, it’s easy to make the speech feel one directional. However, when a speaker gives a speech of persuasion they intend to enact a response in the audience, or ‘receiver of the message’, creating multiple channels of communication.

These types of speeches can range anywhere from a political debate to a simple sales pitch. The common goal in persuasive speeches is to influence the audience’s view on a certain subject – whether that means changing their opinion completely or simply strengthening an already existing view.

In order to best accomplish this, speakers use a variety of arguments and strategies, most of which can be summed up into the three rhetorical appeals: ethos, logos, and pathos. When used effectively, these three appeals can be powerful tools for achieving a speaker’s persuasive goal.

‘Persuading the audience by using the character/credibility of the speaker’ 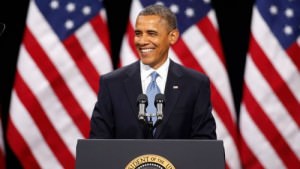 Ethos is related to the persona or reputation associated with the speaker. This persona is constructed based on the credentials and reliability of a speaker, and can often be established prior to a speech or presentation in situations where the speaker is widely known to the audience. Basically, ethos is what signifies to the audience that the speaker knows what they’re talking about.

Here are 3 easy ways for a speaker to establish a favorable ethos:

1.) The main thing a speaker needs to do is convince the audience that they know what they’re talking about. After all, how are you going to sell someone a product you know nothing about? This includes knowing both sides of an argument and presenting each of them accurately. This helps assure the audience that you’ve at least done your research on the subject.

2.) Also, in order to use this strategy effectively, it’s important for a speaker to understand the audience to which they’ll be speaking. By having this background knowledge the speaker can research their subject matter, and then tailor their message in a way that resonates with that specific audience.

3.) In addition, citing credible sources is also a must. For example, if you were trying to persuade your audience to use a certain pharmaceutical product, and you yourself were not a doctor or pharmacist, you might reference or quote known physicians. An audience can forgive the fact that you’re not a certified expert on the subject that you’re presenting, but they may not forgive you for not making an effort to provide an expert’s opinion.

Citing credible sources is also a good example of another rhetorical appeal known as ‘logos’. 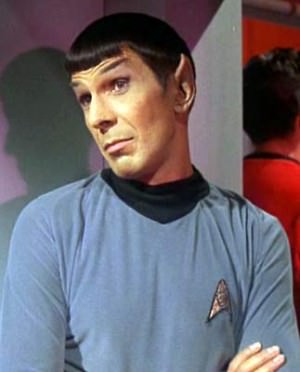 Have you ever found yourself arguing with a friend over something you knew to be true but just couldn’t find a way to convince them to believe you? Logos may have been a helpful strategy to use in such a situation. Logos is the logical appeal based largely in facts or logic and attempts to appeal to a person’s ability to reason.

1.) The strategy behind logos is not to just to spit out a fact or number and have that be your argument, but rather to use factual or agreed upon information to provide a foundation for your argument.

2.) This strategy uses a fact or event that can be compared to the current subject to prove its logic. This strategy follows an “if” “then” logic – “if” this is true “then” would this not also be true?

3.) Logos gives the audience a tangible comparison and is especially useful because it’s extremely difficult to argue with sound logic.

However, there are always those individuals who require a completely different approach in order to be persuaded, maybe one with a more personal touch. This is where the emotional appeal known as pathos might be particularly useful.

‘Persuading the audience by appealing to their emotions’ 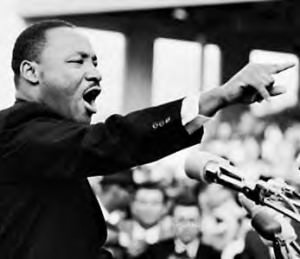 Pathos appeals to the audience in a way that relies on their emotional or personal connection to the subject matter.

There are several ways a speaker can utilize this strategy, some more obvious than others.

Here are 3 easy ways a speaker can use the emotional appeal, pathos, effectively:

1.) Some of the more obvious examples include speeches or presentations which use visual aids such as images or videos. In these situations, it is common for such visuals to depict scenes that are meant to invoke a strong emotional response in viewers. For example, an image of an otter covered in oil may be shown to residents along the Gulf Coast to invoke guilt or anger toward big oil companies.

2.) The same response could be achieved through storytelling, however, visuals are especially useful with a less confident speaker or a more emotionally vulnerable audience. Conveying to the audience a ‘Utopian’ vision – of what life could be like compared to how it actually is – can be an useful tool for invoking an emotional response in an audience.

With a volatile factor like emotion, it is important to know when to use an emotional appeal and when not to. In some instances, such a direct manipulation of an audience’s emotions can get in the way of the issues or subject being discussed. In these situations it may be best to avoid using emotional appeals, or approach it in a way that isn’t as obvious or intrusive.

3.) A common way of using this strategy in a more subtle way is by attempting to connect with the audience on a personal level. This technique could also fall into the category of an ethical appeal. Speakers often use this strategy in situations where there is an obvious divide between speaker and audience, such as age, ethnicity, or financial status. In these situations, it‘s important for the speaker to address these issues in a way that removes the stigma and puts the two sides on an even playing field. If used effectively, this strategy can create a connection between the two sides in which the audience feels that their beliefs and values are being considered and therefore become emotionally involved.

Ultimately, even though speeches of persuasion are so common, they are often difficult to deliver successfully. Luckily, there are several different strategies that can be used when planning a persuasive speech, most of which are categorized under the three rhetorical appeals: ethos, logos, and pathos. When used effectively these appeals can serve as powerful tools for achieving the goal of persuasion.

Thank you for reading our blog, we hope you enjoyed it! Remember subscribe to our blog, and to check back in the future for more posts and videos to come.